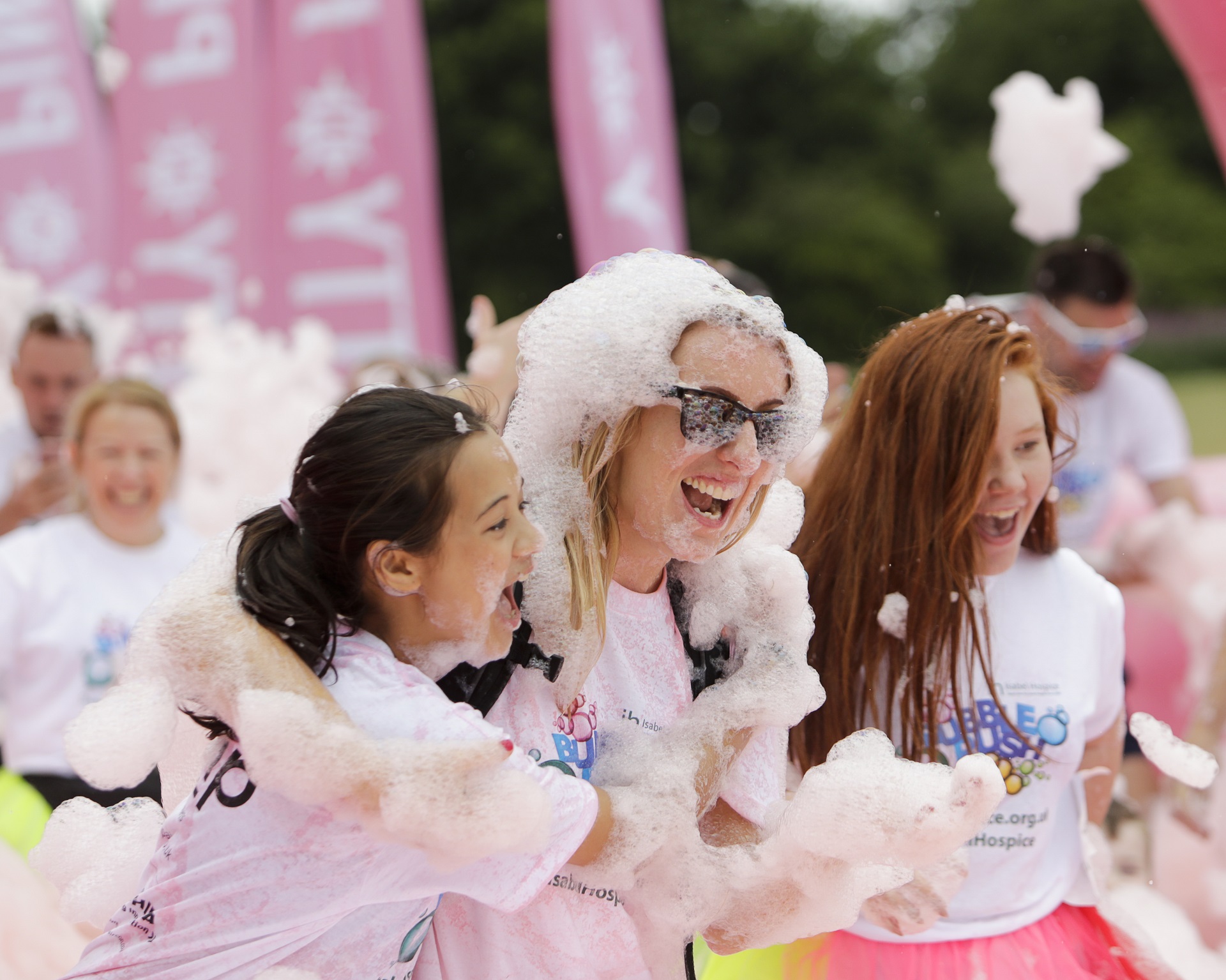 A mum is encouraging the people of Luton to join her for an incredi-bubble day out and support their local adult and children’s hospice in memory of her son.

Roman James, who died in 2017, when he was just five years old, was supported by Keech Hospice Care, which cares for children in Bedfordshire, Hertfordshire and Milton Keynes and adults in Luton and south Bedfordshire.

His mum Scarlet, dad Ben, and brother Gabriel, from Cheddington, as well as 22 family and friends, are asking everyone to join them and walk, run or dance their way through eight scented bubble stations at Bubble Rush this July to support the charity which cared for him.

“I can’t wait to run Keech’s Bubble Rush on 15 July at Cranfield University because what better way is there to spend a Sunday than running through a giant bubble bath?!” said Scarlet, 26, who will be taking on the 5km challenge.

During his short life, Roman gradually began to lose his ability to walk, talk and eat by himself as his disease rapidly progressed. When it mattered the most for his family, Keech Hospice Care was there.

“Roman absolutely loved Keech, particularly the sensory room and we would often go swimming in the hospice’s amazing hydrotherapy pool as well.

“Roman spent eight days at Keech Hospice Care after he died. If we hadn’t had that time with him as a family, I know I can say I wouldn’t be standing now.

“We can never repay Keech Hospice Care for what they did for us, but we will do anything we can to help raise the money they need to ensure adults and children with terminal and life-limiting illnesses receive excellent care and support,” said Scarlet.

Bubblers will start off in a pristine white t-shirt and by the end of the event they’ll look like they’ve walked through a rainbow.

“This year Bubble Rush is going to be our biggest event yet. We’ve got bubble cannons pumping out 4ft of multi-coloured frothy fun, obstacles, and even an after party! As a charity, we depend on 70 per cent of our funding to come from the community so please sign up today and show us your true colours,” said Mark.