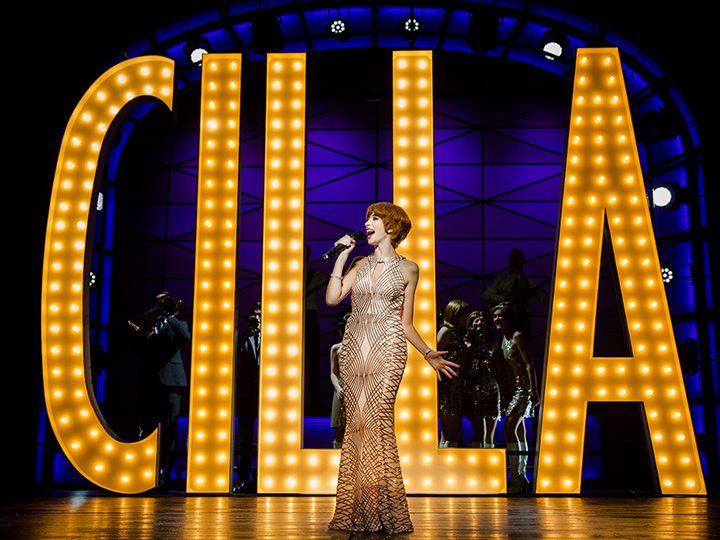 This ambitious determined working class young girl from Liverpool who dreams of making it big in the music industry whilst working at the Cavern club a place well known in the music world, her friend John Lennon introduces her to Brian Epstein which paved the way to her big break. A string of Cilla songs a number of which were written by Lennon and McCartney went on to be international hits. A result of a journalist error early on in her career Priscilla White became Cilla Black, which stuck with her throughout her career.

The first half was rather slow and a fluctuating accent from the lead actress Cilla (Kara Lily Hayworth) did little to help, however the show really came to life in the second half.

I really loved the set particularly the Cavern setting. The supporting bands were fabulous especially on the rock and roll numbers. Kara Lily showed amazing vocal ranges and had a delightful charming voice. The duet ‘You lost that loving feeling’, by Bobby (Carl Au) and Cilla however, was ‘lost’ with pitch and flat notes issues.

Conversely there were rather spectacular performances from Brian Epstein (Andrew Lancel), John White (Neil MacDonald), Big Cilla (Pauline Fleming) and Kenny Willis (Tom Christian) they were pure magic they augmented this captivating and inspiring story of the real Cilla Black.

Jeoff Pope warmly reforms this musical, with songs of the 60’s that will make you reminisce over the fashions and music of that era. Carole Todd worked wonders with the choreographer as did Garry McCann on set and costume.

This heart warming musical comedy was broadly well received; the audience came to life towards the end showing their appreciation with great applause and in dance in the aisles.