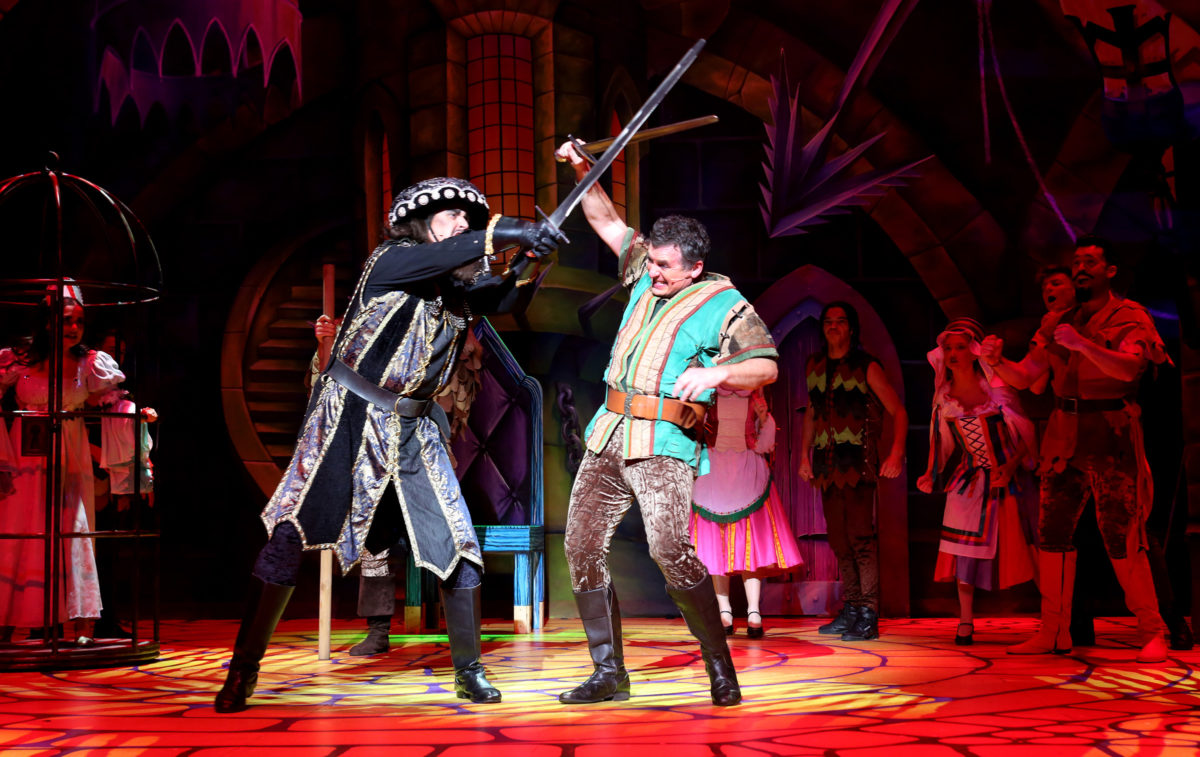 All for one and one for all’ is the spectacular performance of Robin Hood (Shane Richie) cordially supported by his merry men and cast – when they can get a word in!   If you are looking for production value, nonstop oozing entertainment from start to finish, then this is the one.

Centre stage front Robin’s jack-the-lad comedy and cheeky charm saw him flirting with the audience, one female in particular (watch out ladies.) His boyish mischievous behaviour seem to warm to the audience with local and ‘EastEnders’ references, funny well timed gags and the odd prop destruction.

Friar Tuck (Peter Piper) with his misfitting dentures and varying impressions came close to co-performing with Robin as their dual scenes had audience members in stitches.

The spirit of Sherwood (Gina Murray) gave an ardent performance accompanied with some beautiful up tempo vocals.

The Sheriff of Nottingham (Pete Gallagher) successfully kept the sinister level at an all time high, his devilish menacing performance had the audience booing and hissing a fever pitch.

Maid Marian (Zoe George) appeared to be side lined, though integral to the plot.

Fabulous colourful well thought out stage sets with great orchestral support, however I felt high sound levels did plague the show a times.

This heartwarming comedy pantomime is a great night out with audience appreciation from start to dance session at the end.