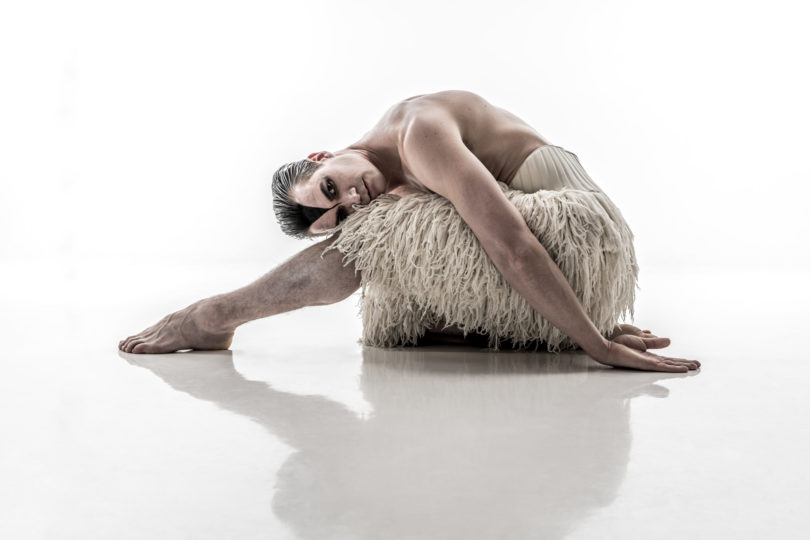 This contemporise production comes to Milton Keynes. Mathew Bourne never ceases to amaze, even if you are not a dance fanatic, there is something about his pure cinematic prowess that draws an audience in.

The story portrays a sinister expression of a love story, a young prince Kabera (Liam Mower) starved of his mother’s (Katarina Lyndon) love and affection which plunges him into a dark mental space. Nightmares hallucinations corporeal fantasies pervade his very being and plunge him into a nervous breakdown.

His girlfriend (Carrie Willis) brings a lighter side to the story with her uncouth behaviour, and badly judged gaffs. What’s more the toy corgi on wheels was just hilarious; it’s movement in perfect synchrony of Tchaikovsky’s harmony, whilst the orchestra hammed it up even further.

Whilst we know Mathew Bourne for his creativity ‘You have to see it for yourself but don’t blink’ there are so many layers, packs of macho swans that stamp, hiss, and kick as they flood the stage.

The Prince and the Swan’s (Max Westwell) meeting is a belligerent encounter, both offence and defensive have the audience gripped in anticipation.

Mathew’s male swan ensembles dominate the original script shattering its delicate experience, there is nothing dainty about any of these swans, they are fierce and combative with powerful energy which moves and connects in a manner which sends shivers down the spine.

Mathew conveys a hard but funny, sensual whilst mischievous twist on this classic story. You don’t need to know or understand ballet just be inspired and moved by this splendid production.