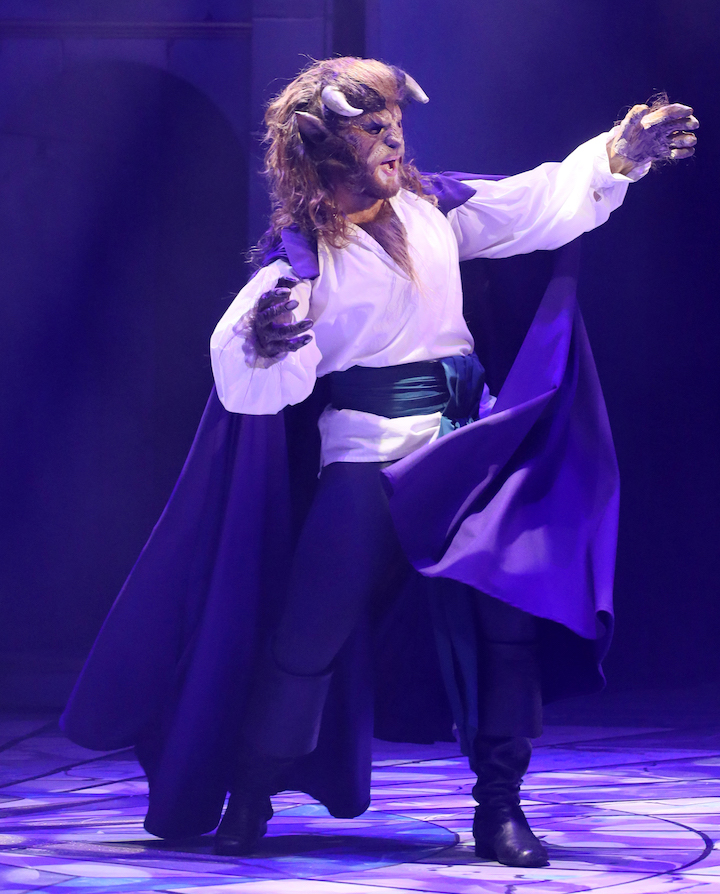 Beauty and the Beast

The Waterside Theatre in Aylesbury features Gabrielle-Suzanne Barbot du Villeneuvre’s classic 18th century French tale Beauty and the Beast. This adaptation of  Villeneuvre’s version was for the most part enjoyable and had an ensemble cast starring Danny Walters (of Eastenders fame, as the beast), Amelia Adams-Pearce (as Belle), super confident Michael Quinn (as Hugo Pompidou),  the incomparable La Voix (Polly Pot et pan) and the always humorous Andy Collins (as Louis Pot et Pan) amongst others.

The story is of a beautiful French village girl, Belle, who learns of her beloved father’s imprisonment in a dungeon in a crumbling castle and sets off to rescue him.

The protagonist a handsome prince is cursed for his cruel act towards an unfortunate old woman.

His curse has changed his outward appearance to that of a tortured hairy horned man creature, the beast. He can only be freed from this ghastly mask by the love of a woman.

Can Belle see what’s beyond her face? Will her love and beauty transform the heart of the beast?

In all a good performance however the first half saw the story line quite hidden and lost by the quick fire gags and repartee.  The second half had improved dramatically though some of the choreographic moves lacked luster and looked a little mechanical.

That said it was heartening to see the ever so eager and happy faces of the young performers doing their best in this production.

It was great to see Tony Hadley (of Spandau Ballet fame) in the 12-days of Christmas routine alas if only he wasn’t dressed up as a squid! Andy Collins got a good run for his money and his 3 Counties radio colleagues made sure he was significantly soaked through.

There is no doubt that the performances will indeed get better as the season goes on.