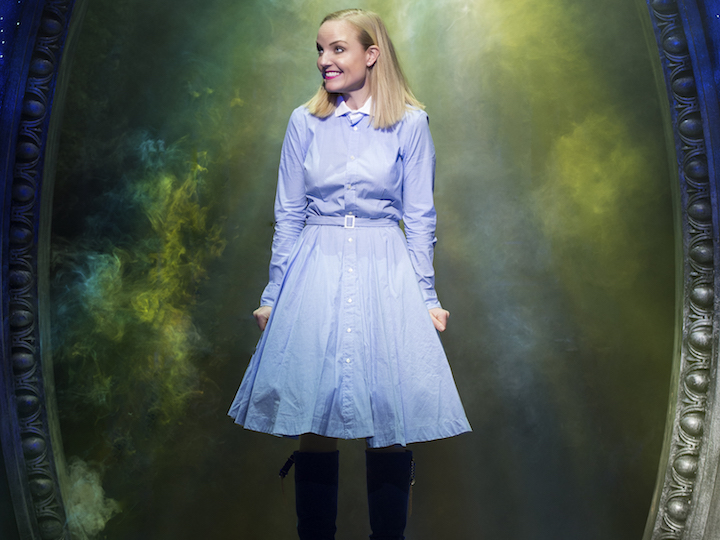 The show opened to a wonderful, rousing and thunderous note and was for the most part heart-warming. Mad Hatter (Natalie McQueen), March Hare (Ben Kerr), and Queen of Hearts (Wendi Peters) is the crazy world of Wonderland, this colourful re-adaptation of a young girl falling down a rabbit hole comes to Milton Keynes bringing an updated re-imaged contemporary tale in all its magnificent wonder.

Recently sacked from her job Alice (Kerry Ellis) a singleton of 40yrs spends her time pining over her ex and how things might have been. Every conversation revolves around her as she fails to come to terms with her obsessive dilemma. Things come to a head when she learns he’s getting married she’s in melt down and fails to notice a neighbour Jack (Stephen Webb) is in love with her.

Her young daughter Ellie (Naomi Morris) tries to talk some sense into her, although they both seem a little senseless after they follow a talking giant white rabbit that incredibly appears out of the side cabinet into a disused broken lift.

What follows are more outrageous encounters with fast pace numbers and excellent choreography.

Act one was thrilling enthralling and energising. There were a lot of incredibly first class solos, however, the duets and choruses sometimes felt a little competitive even “shouty”

Caterpillar Kayi Ushe gave a great performance as did his ‘legs’

Act two fell off somewhat and didn’t quite live up to the suspense created at the end of the first half of the show.

All in all it was a reasonably good outing, the children and adult theme were for the most part competently dealt with but unfortunately I didn’t quite leave with the sense of wonder.